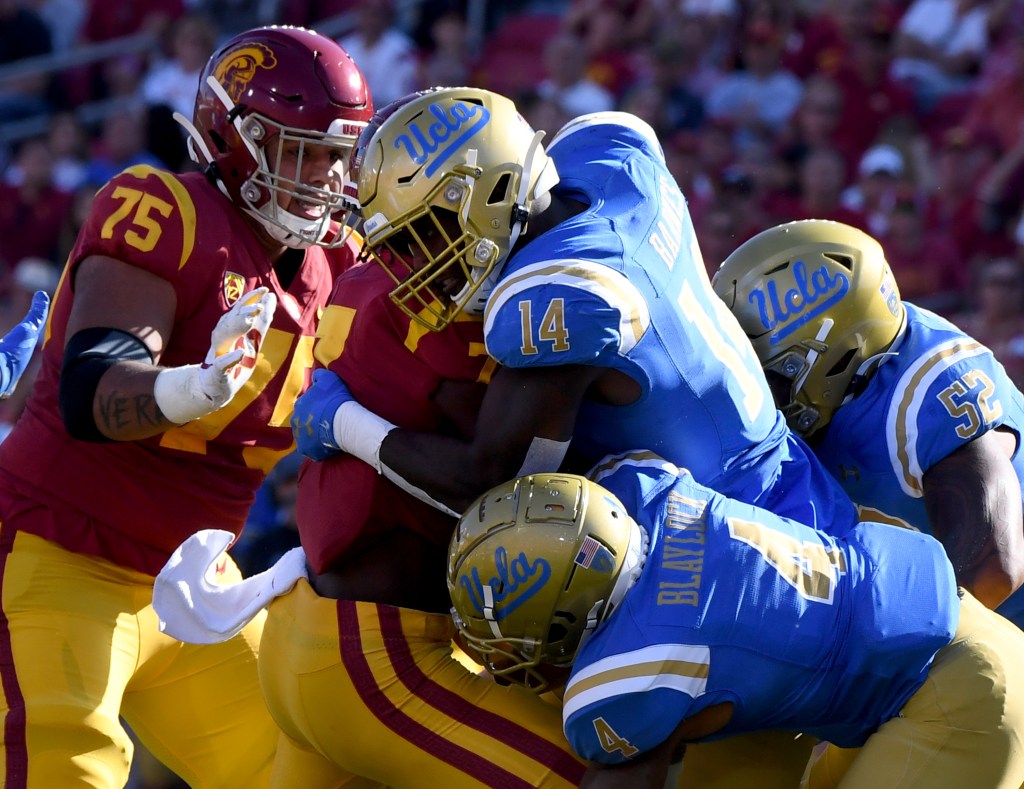 USC and UCLA may have just found a new, earlier date for their football matchup, but that date isn’t set in stone yet.

After the Pac-12 announced its new football schedule on Friday, USC athletic director Mike Bohn sent an email to donors saying it was “likely” the game with UCLA will be moved to a later date.

The Trojans and Bruins are set to face each other in the first week of the season on Sept. 26 at the Rose Bowl. But the Pac-12’s schedule allows teams to delay games to bye weeks or the final week of the regular season if necessary. USC and UCLA both have byes in Week 6.

“We must be prepared to adapt instantaneously to any significant developments,” Bohn wrote. “As such, it is likely that, based on current trends, we will take advantage of this strategic scheduling flexibility and our shared circumstances with UCLA to shift that rivalry contest to an open date later in the season, meaning our first football game would be October 3.”

Bohn acknowledged that USC does not have permission from state, county or university officials to resume training camp, and added that USC is not sure if fans will be allowed at home games at the Coliseum in any numbers.

Pac-12 teams are allowed to begin training camp on Aug. 17.