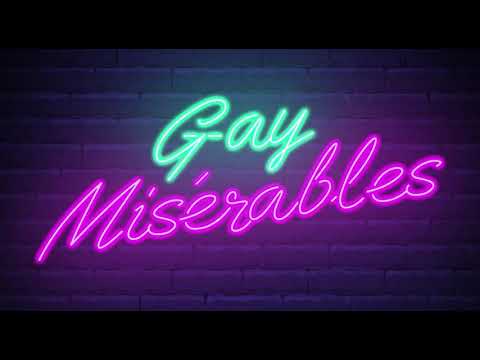 One of the crazier—and by crazier, I mean MOST AMAZING—things we’ve tried so far is Gay Misérables, a completely ridiculous streaming theater spectacular that actually has nothing to do with Les Misérables.*

We just thought it was a funny title for a show for Pride weekend featuring queer theater actors. Each cast member got to pick two or three songs to cover, songs they love the most out of all the songs in the universe, and The Stranger hired Steven K. Tran to play all the instrumental accompaniment, and the results will blow your mind. 🤯

The original show was put together, um, hastily. But right this minute we’re putting the finishing touches on a polished and improved version of the show that will stream on August 7 at 7 pm.

In addition to all the songs, there are also interviews with each cast member about their lives as actors, and as queers, and as activists. They are fucking fantastic, each of them. One of them has already performed on Broadway, and another of them will be performing on Broadway soon (assuming there still is a Broadway in NYC when this is all over).

Musical theater usually costs $100 or more per ticket. But we have made this show available for the unbelievably low price of $10!

Tickets are available on a sliding scale, and the more you choose to pay, the more each performer makes.

Thanks to Tristan Fairchok for editing together the preview at the top of this post.

Do you get your ticket yet? Do it.

* There are some inside jokes for theater nerds who know Les Misérables inside out, but you don’t need to understand any of those jokes to enjoy the show.