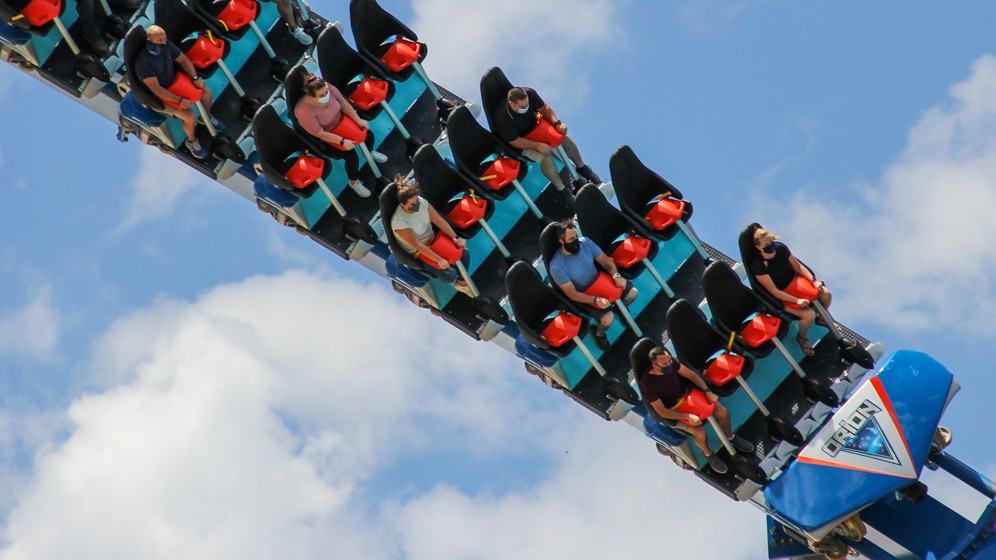 Relief has turned to grief for theme park operators who anxiously awaited reopening this summer only to find themselves reducing hours, cutting back on weekly operating days and dropping reservation requirements even as they contend with state-mandated attendance caps.

Which begs the obvious question: Are visitors ready to return to theme parks this summer?

The pent-up demand that theme park operators counted on after COVID-19 threatened to cancel their summer seasons hasn’t materialized as expected. Surges in coronavirus cases and hospitalizations in states across the U.S. have kept visitors at home and left still-shuttered theme parks in some states waiting on the sidelines.

In Orlando — the theme park capital of the world — cracks are beginning to show in the fragile travel-dependent region racked by record numbers of coronavirus cases. Universal Studios Florida and Universal’s Islands of Adventure have quietly reduced hours through August. Walt Disney World has pushed back the scheduled reopening of three hotel resorts from August to the fall or later. SeaWorld Orlando is closed on Tuesdays and Thursdays — something no theme park could ever imagine doing in the middle of July. But this isn’t any ordinary summer.

Cedar Fair has been forced to drop reservation requirements and reduce operating days since reopening some of its parks.

Ohio’s Cedar Point — Cedar Fair’s flagship park — will cut back its schedule to Fridays, Saturdays and Sundays in mid-August with nothing on the calendar past Labor Day — putting the HalloWeekends seasonal event at risk.

Pennsylvania’s Dorney Park has announced plans to close on Mondays, Tuesdays and Wednesdays during the typically busy summer season due to smaller than anticipated crowds.

Ohio’s Kings Island ditched reservations and will close on Wednesdays and Thursdays in August — despite the debut of the park’s $30 million Orion coaster this summer. Missouri’s Worlds of Fun is now closed three days a week after dropping reservations. Michigan’s Adventure — one of Cedar Fair’s smallest amusement parks — won’t open at all for the 2020 season.

“All boats rise or drop depending on the surge,” Spanos said on the call.

Six Flags has also reopened amusement parks in Oklahoma, Georgia and Texas while other locations remain shuttered due to the pandemic.

“We are still actively hiring in many departments,” Fitzgerald said via email.

Regional theme parks across the U.S. have scrapped plans for advance reservations that deter visitors and have been forced to close on slower weekdays during the middle of the summer as returning crowds have failed to materialize as expected.

Dollywood in Tennessee abandoned its reservation requirements and will close on Tuesdays, Wednesdays and Thursdays starting Aug. 11. Pennsylvania’s Hersheypark no longer requires reservations for season passholders and has reduced operating hours since reopening.

Kennywood decided to close on Mondays and Tuesdays through the rest of the summer (except Labor Day) just two weeks after opening. With travel restrictions and attendance caps, the Pennsylvania park has focused on the local market.

“With the season shortened and not as much time for people to plan travel and long-distance visits, our focus has been on serving our season passholders and attracting visits from our core Pittsburgh market,” Kennywood spokesperson Nick Paradise said via email.

One bright spot for Kennywood: Visitor spending in shops and restaurants is higher than expected.

Idlewild, another Pennsylvania park, returned with seven-day operations on July 11, cut back to five days a week on July 15 and then slashed the schedule to just Fridays, Saturdays and Sundays on July 24.

The recently reopened Busch Gardens Tampa is closed on Tuesdays and Wednesdays during the peak of Florida’s summer while still requiring reservations. Other Florida parks like Disney World and SeaWorld require advance reservations. Universal Orlando does not require reservations.